HiddenHidden within the long list of new LEGO 2022 sets announced today there was one particular set which made us chuckle.

A number of the 2022 LEGO City sets feature a police chase - there's a robbery at the bank; a crook escaping in a getaway car and even the police station itself has drama with a criminal escaping with a LEGO fish.

But the most outrageous of them all is 60314 - The LEGO City Ice Cream Truck Police Set.

Picture the scene - a brightly coloured ice cream van rocks up to serve ice creams near an ATM machine. It's a convenient place to sell ice creams, a source of money for the residents of LEGO City is nearby. But little do they know that the ice cream van is actually there to steal its cash contents. No-one in LEGO City will suspect an ice cream van of robbery, right? Especially one that says "Real Ice Cream" on the side. 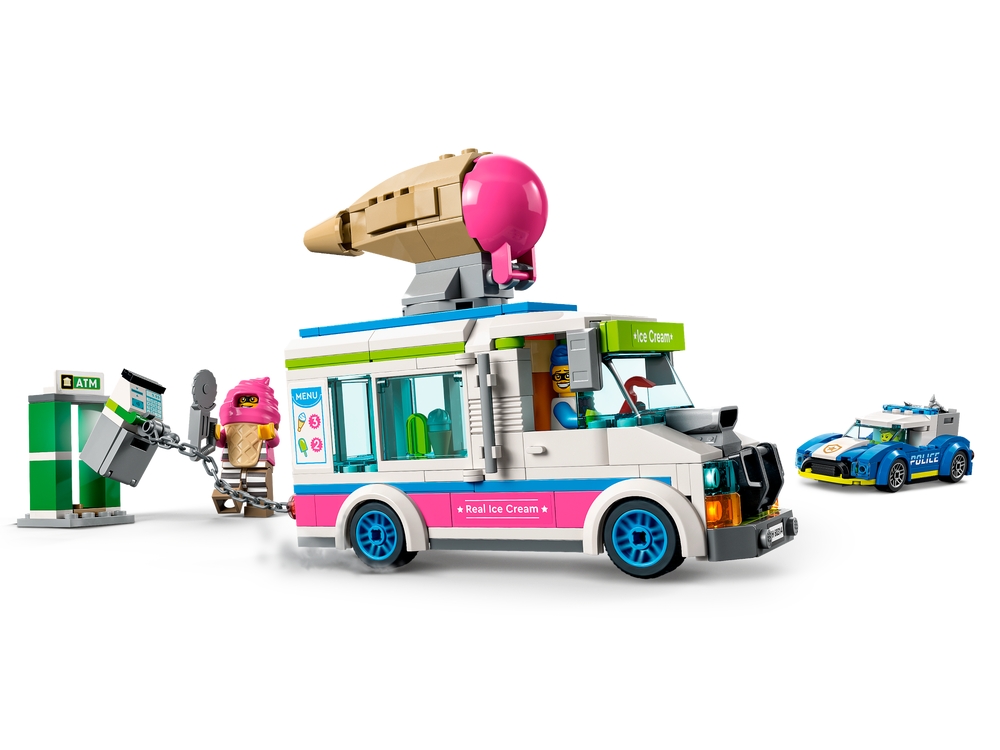 Suddenly two criminals jump out of the van disguised as ice creams. Yes, you read that right. They've come dressed as ICE CREAMS! A foolproof plan. Their names are... Crook Ice and Crook Cream. 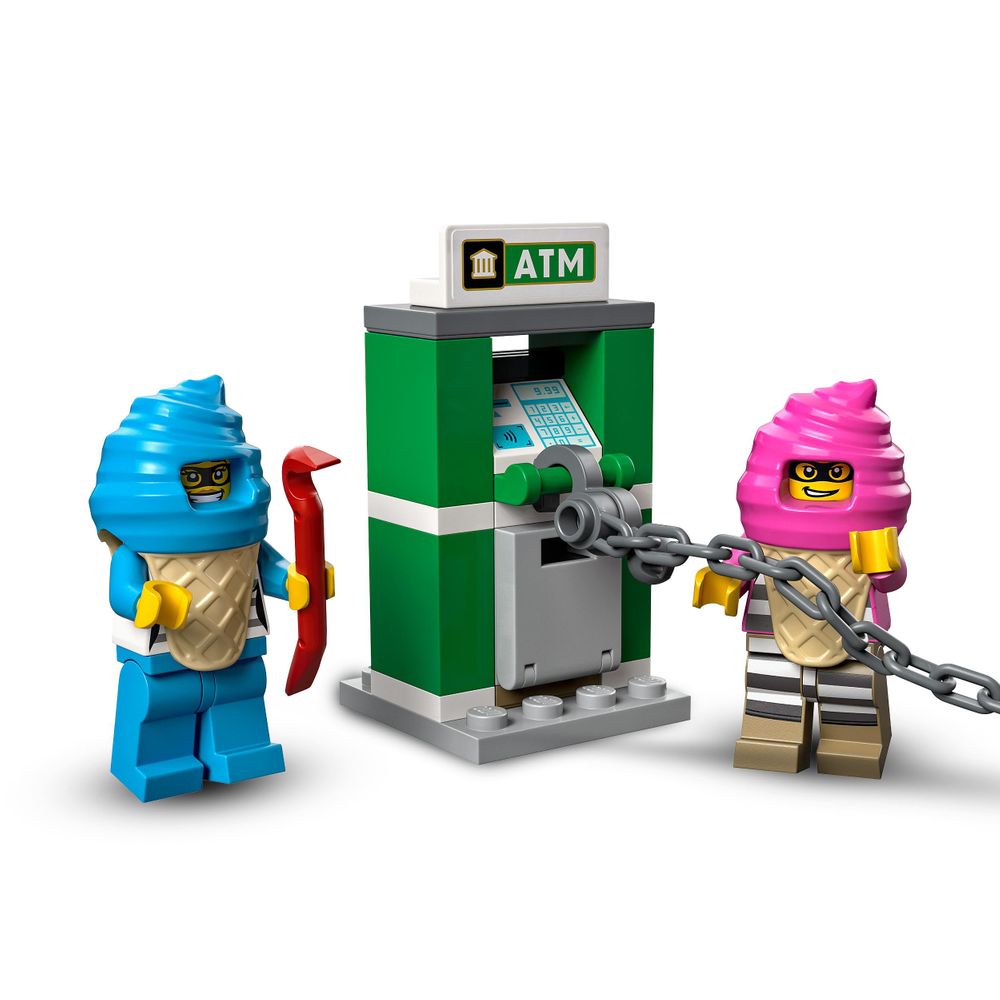 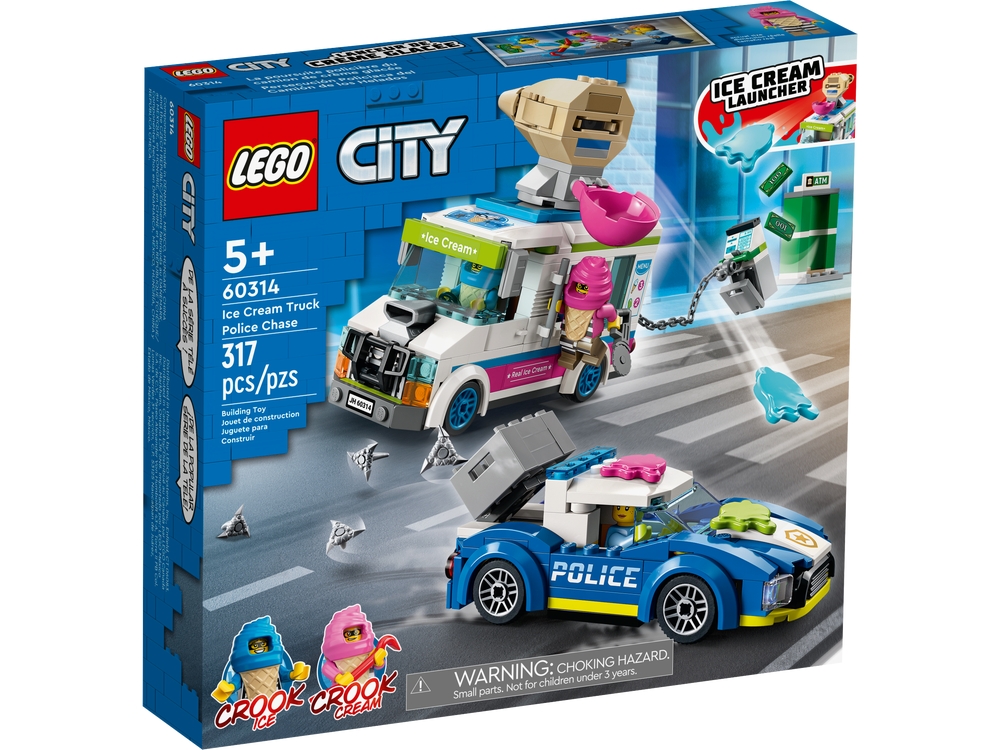 Ice cream goes everywhere and the police car swerves as it unloads a bunch of road spikes. The crooks are stopped in their tracks and arrested on the spot. Whilst the police officer waits for back up, they all enjoy a nice ice cream in the sun.

This is the best LEGO set ever created. Ever.

The ice cream LEGO splat piece actually appears in several colours across different LEGO City 2022 sets, which makes us wonder if 2022 may be the year of the splat.

For it's originality and fun factor this surely has to be the best LEGO set ever created?!

Make sure you pick it up when it's released in January, it is sure to sell out.

Get Arty with Batman in this New LEGO Set!