As well as new themed sets from Star Wars and Disney, it looks like we'll also be seeing new sets based on some other popular properties.

Spotted by Jay's Brick Blog on the LEGO instructions site, it appears there will also be new sets based on the Warner Bros Looney Tunes characters and Netflix's Stranger Things.

The BrickHeadz double set - 40559 - will feature Will E Coyote and the Road Runner. These two characters look great as BrickHeadz, and we wonder if other characters such as Bugs Bunny and Porky Pig may show up later in the year. 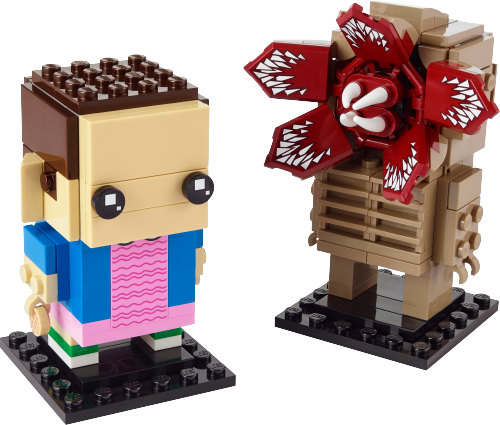 There will also be a set - 40549 - based on Stranger Things with Eleven and a scary looking Demogorgon to build.

We'll have more news on these sets as they are announced. But 2022 is looking like it will be a good year for LEGO BrickHeadz!