AfterAfter leaking the instructions late last night, LEGO finally revealed the next BrickHeadz set today - a tribute to the popular British girl band from the 90s - The Spice Girls!

The Spice Girls were a massive phenomenon back when I was young. Hits like WannaBe, Two Become One, Stop and Spice Up Your Life dominated the charts as Girl Power took over. 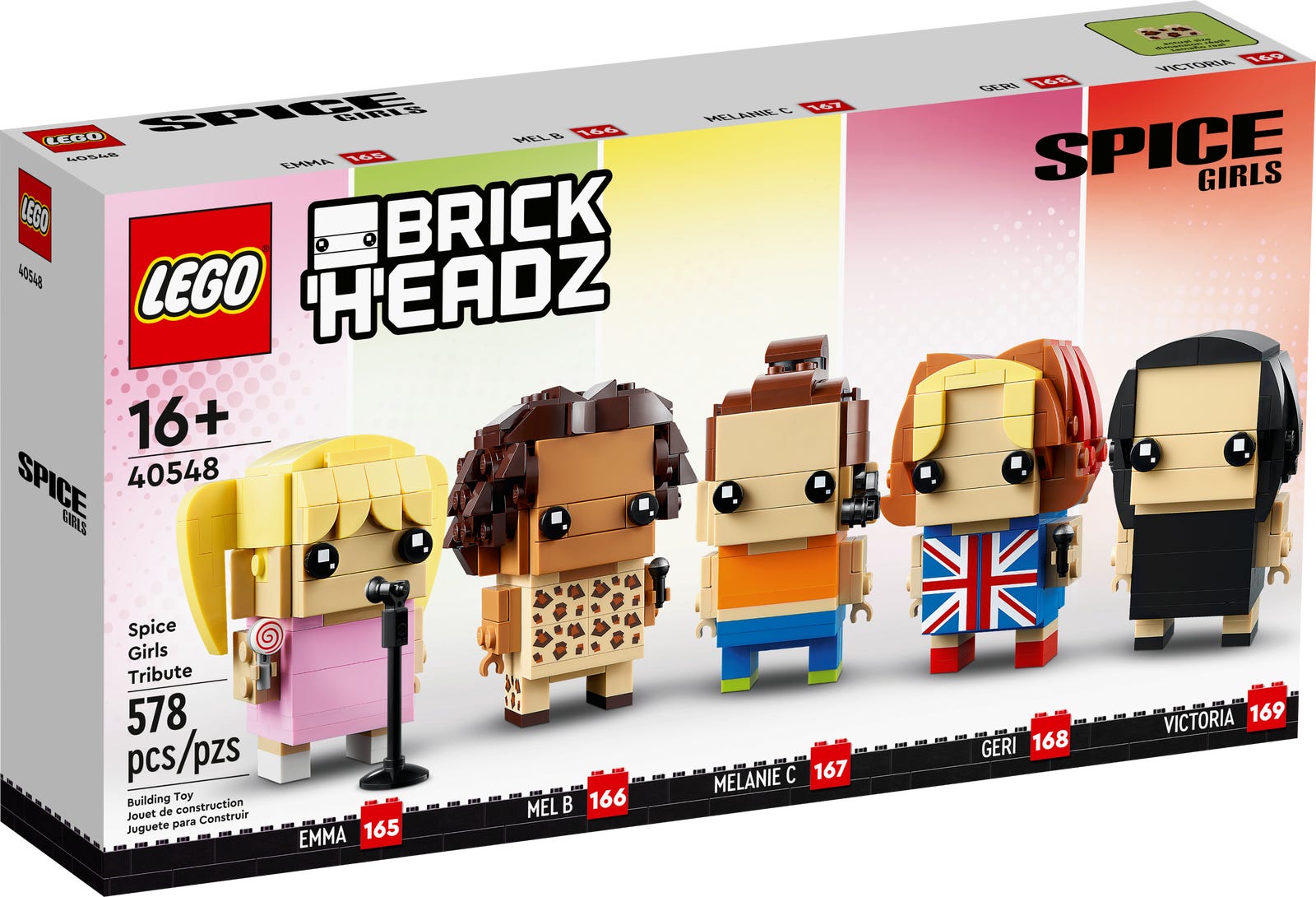 The LEGO BrickHeadz series has featured a number of themes over the years - including classic film series like Back to the Future; Ghostbusters and The Nightmare Before Christmas, but I don't think anybody ever imagined they would start covering 90s pop groups.

With 5 characters to build in this set, it makes the Spice Girl's LEGOs largest BrickHeadz set ever.