TheThe fun of the fairground - captured in LEGO form. We've had rollercoasters, carousels and now we have a brand new ferris wheel to enjoy. The latest ferris wheel is the LEGO Creator series' third iteration. But is it the best?

From it's eye-catching packaging to the bright sun with the word "Fun" that sits in the middle of the wheel; the emphasis in this set is on fun. The build starts with two smaller builds - the balloon stand and the ticket stand before tackling the main attraction - the giant Ferris Wheel.

As Ferris Wheel builds can go, it's about as exciting as it can get - you're going to be repeat building the two exterior rims; and that is followed by the repeat building of eight carriages - albeit in four different colours. The wheel comes with some Technic cogs which allow you to turn it from the bottom (or you could motorise it - but the motor is unfortunately not included).

This isn't the biggest Ferris Wheel LEGO have ever produced - the previous set (10247) have over 1,000 pieces more and the capability for multiple minifigures to sit in a carriage (as opposed to 1 here) but it was also twice the price. It is still an impressive 27 cm/10.5 inches high though - so you won't feel short changed. The latest ferris wheel manages to condense down the build reducing some of the repetition mentioned above; whilst still keeping the minfigure scale and all the character you'd expect from such a set. 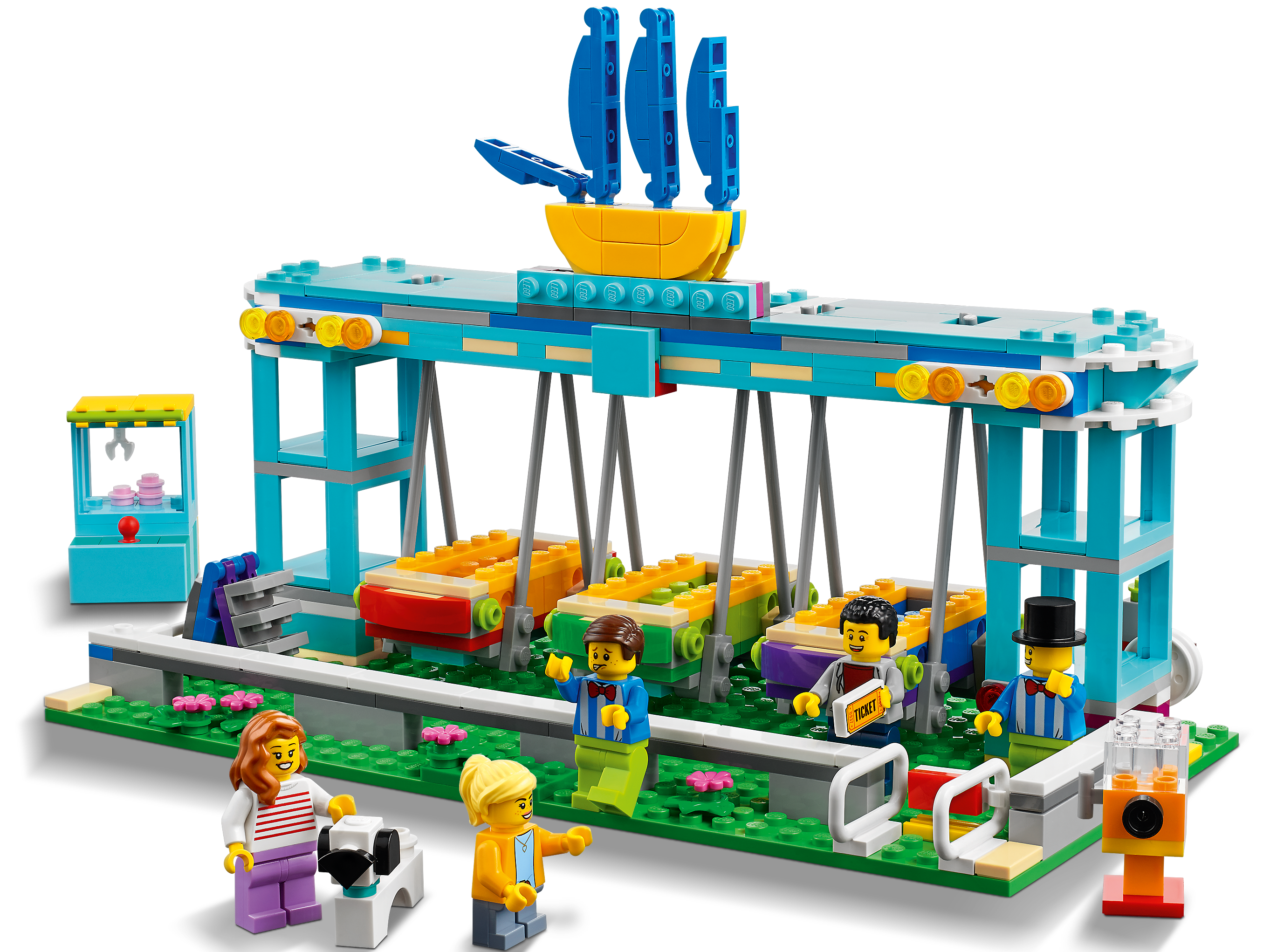 Two other alternate builds can be created from the parts - the dodgems and swing boats. We've not built these yet as the Ferris Wheel is easily the most eye catching of the three, but the swing boats look great whilst the dodgems look like there had to be some compromise to make it with the parts. Maybe one day LEGO will see fit to release a proper dodgems fairground set.

Overall, it's a great set - full of colour and it captures the fun of a Ferris Wheel perfectly.

The Ferris Wheel is great fun to play with!

It gets repetitive at the end

Turning the wheel is great, and there's 5 minifigures to play with

The set tends to get discounted, so if you can pick it up at a discount - do!